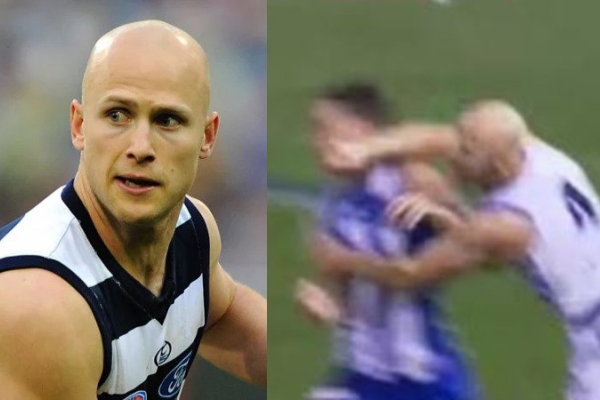 After taking offence to his ‘sniper’ tag following multiple incidents of sniping, Gary Ablett had voiced his displeasure with people saying he’s ‘bald’.

“I admit I may have a slight flaw with my hair growing technique, but to say I’m bald is totally unfair” said Ablett.

Geelong Coach, Chris Scott leapt to the defence of the former brownlow medalist, claiming that nothing that’s happened in the last couple of weeks should change his reputation.

However, numerous fans have slammed the AFL for not suspending Ablett for incidents in which they believe other bald players would have received several weeks on the sidelines.

“Show me where it says in the AFL rulebook that Gary Ablett isn’t allowed to elbow players in the face and I’ll happily suspend him” said Christian.

“Until then, probably wear a helmet or something”.