Perception: The mental image I have is both horrifying and hilarious. I can’t help but picture this guy literally single-handedly taking out 15 police officers Steven Seagal style while maintaining one hand down his pants for more pressing concerns. He may not be master of his domain, but he sure knows how to handle himself. 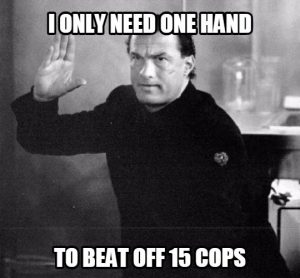 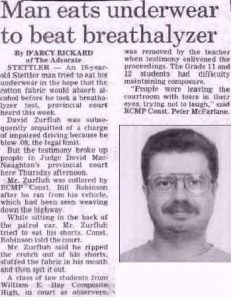 Perception: Look at the smug grin on that guy’s face. I’m thinking he was very cool and casual. He probably got out of the car, looked straight at the policeman, suavely pulled off his underwear without even undoing his pants, and then matter-of-factly ate it in a few seconds before saying “…is there a problem officer?”. Still incredibly gross though.

Reality: Well it was a torn portion of his shorts and he spat it out after failing to eat it. Apparently he thought the cotton fabric would absorb the alcohol, and you know what, I don’t think the proper scientific research has been done in this area so for all we know it might have worked! Unbelievably, the guy wasn’t even over the legal driving limit when he decided to do this.

Perception: I can’t help but think of her in practice trying to blame it on the tuba. Was her flatulence really drowning out the amplified music? That’s insane, and to be honest, it would really be a show worth seeing! I also wish I could have seen just how awkward the meeting was when they tried to fire her with straight face.

Reality: So the headline doesn’t even seem that misleading other than the suggestion that the farting is constant; but that’s not clarified either way in the article. So while I’m guessing she just has significantly less control than most in terms of when the ‘unwanted music’ occurs, maybe she really is just trumpeting along all day. Perhaps she should try out for this band: 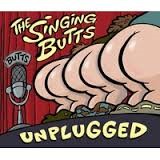 4. Ex-wife of The Road writer Cormac McCarthy pulled silver handgun from her genitals during argument with boyfriend over space aliens

Perception: Well I’m imagining her pulling out the gun like Clint Eastwood in the classic showdown scene from The Good, the Bad and the Ugly; oh except obviously not from a conventional holster. Does she always keep a gun there? It sounds really uncomfortable! Also, were the space aliens present at the argument? 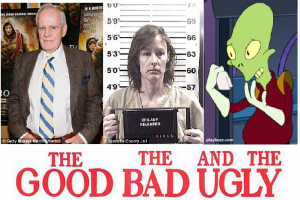 Reality: Unfortunately it doesn’t sound like it was a quick draw situation at all. Apparently she was just using the gun as a sex toy while arguing about aliens, and then pointed the gun at her boyfriend’s head threateningly. So all pretty run-of-the-mill right? 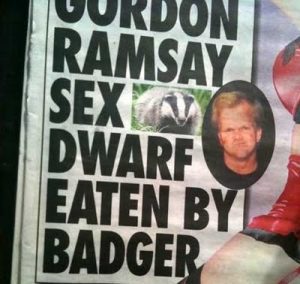 Perception: So many questions! Is Gordon Ramsay having sex with a dwarf that looks exactly like him? What’s up with that? Is his attraction to other people dependent on how much they resemble him? Is this the plot for his next reality cooking show? How did the dwarf get eaten by a badger? 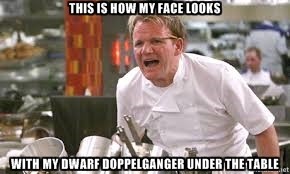 Perception: It sounds like people are seeing a renowned psychic named Paul. They enter the room and see one man and an octopus…the man then introduces them to Paul. Paul the octopus whispers into the man’s ear like a ventriloquist’s dummy, and the man translates into english. Successful psychics must make a lot of enemies out of cheating lovers, so it’s no wonder the octopus is receiving death threats. But this psychic octopus is like a stone cold action hero, and fears nothing. 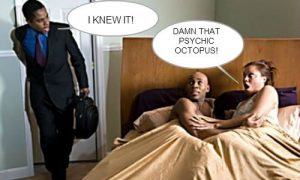 Reality: The reality is a little disappointing; Paul the octopus does not run a full service psychic advice agency. Basically, during the 2010 soccer World Cup, the octopus would be presented with 2 containers filled with mussels, with a flag on each container to represent the countries of the 2 teams about to face-off. The container picked first was the predicted winner. The ‘death threats’ came from Argentinians wanting to eat him after allegedly blaming the octopus for their loss to Germany…unfortunately it doesn’t seem as though the octopus actually commented on this. 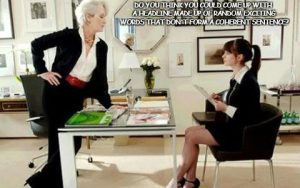 Perception: I’m envisioning war being declared on the West by a ruthless dictator. Desperate to avoid a worldwide conflict, political leaders decide on one last attempt to reach peace. James Blunt, armed only with an acoustic guitar, breaks into the dictator’s base of operations and melts his icy heart with a very special rendition of “You’re Beautiful”…but that song just seems so much more likely to start a war than prevent one. 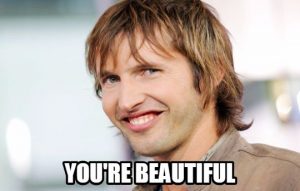 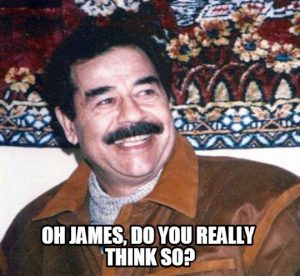 Reality: James Blunt used to be a British soldier and was ordered by a US General to attack Russian troops during his duty in Kosovo. He claims to have risked a court martial by rejecting the order. He was supported by a British General who said “I’m not going to have my soldiers be responsible for starting World War III.”

Perception: They’ve done it! The Chinese have done it! But did the President of China travel back in time and accidentally hook up with his grandma or something? Is that why they’ve banned it for everyone?

Reality: Well they’re banning time travel…from movies and television. Apparently the government thinks that time travel plots involve distorting historical events which is misleading and disrespectful to China’s history. But that’s totally bogus because everyone knows that time travel is exactly how Bill and Ted gained respect for history and education. 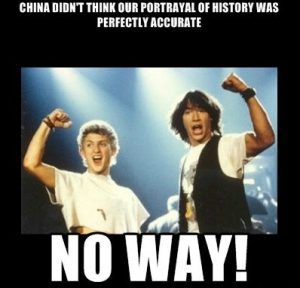 Perception: Sounds like a woman in a sumo wrestler suit assaulted her ex-girlfriend who waved at a man dressed as a snickers bar.

Reality: Yeah in this case that’s pretty much what happened. 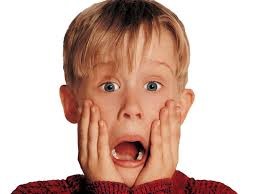